Round #3 MDRA at Tomahawk MX

The MDRA headed south in Mid June to race at the Beautiful Tomahawk MX Park in Hedgesville WV. Full gates and muddy conditions greeted the racers that made the trek, Below see a short race recap from Brapp Mag contributor Lexi Thompson from the 85 (9-11) B class plus images from other divisions. 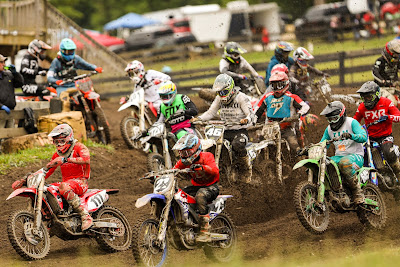 
The first moto of the 85B  class race started off strong at the drop of the gate, with #62, Klark Robbins, on the KTM grabbing the holeshot on the uphill start taking the outside line. Following closely off the start, the #209 of Cole Lute on a KTM was just out of reach for being credited with the holeshot. In 3rd place heading into the first turn was the #55 of Brayden Karpulk on the Husqvarna, who was quickly passed by the pack in the deep ruts leaving him to end up in 8th place. 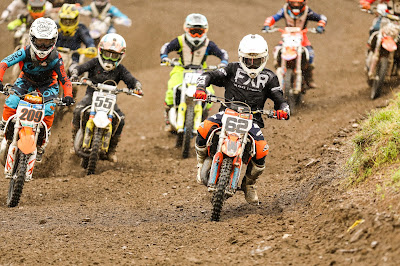 On lap two of moto one, Demetrious Jones, on the #45 KTM, pushed his way up in order to secure his spot of 2nd place by charging ahead of  #365 of Nicholas Frazier on a KTM, where he lasted for the remainder of the moto, leaving Frazier to finish in 3rd place, rounding out the podium.

As the race continued, riders began to remove their goggles in attempts to improve their vision, struggling to see past the wet mud plastered to their lenses. Landing just outside of the podium was the #80 of David Cantfield, who remained in the 4th place position throughout the race’s entirety. Throughout the race as the conditions worsened, Lute fell back to end in 5th place. Klark Robbins defended his position for the four laps and took the 1st place win, pulling ahead of Jones in 2nd.

Moto 2 would see the top three finish in the same results with the overall moto finishes below.

Keep scrolling for more racing action and to link to results and more images from the day. 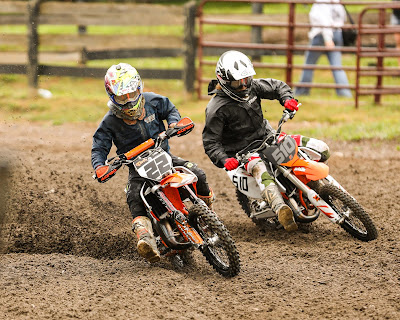 The Junior Mini division would host 49 entries on the day as the racers prepare for the LL Youth Super Regional coming up later this month at Tomahawk.

Tyler Devers (22) above from Willamstown, NJ would lead the charge. 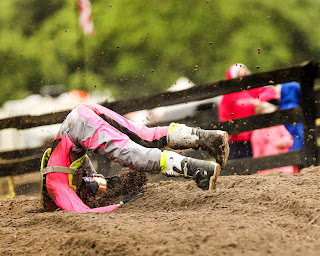 Best Dirt Nap picture ever - thanks Lexi T. for catching that action. 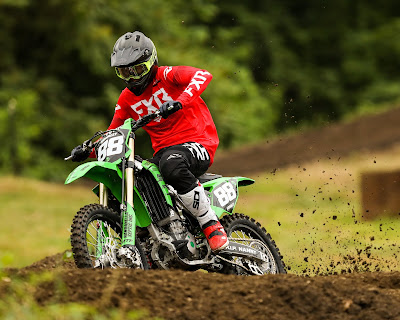 Travis Randanella wins both Amateur divisions on the weekend.


Thanks to Lexi Thompson for coming out and covering the action for us. Watch for Lexi at more events this year and hit her up if you want some action shots of yourself. Best way to find her is on Facebook,

She asked us to share these images at the below link from this weeks racing action. 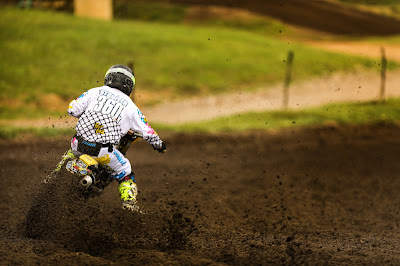 this weekend June 20-21 at Pagoda MC in Birdsboro, Pa.