Hot - Hot - Hot, is it a song or just motorcycle racing in the North East this time of year?  I know I always talk about our racing being red hot, but this weekend there is not a soul alive who could argue the statement. Temps in the high 90's with heat index's well into the 100's left racers digging deep to get the job done. 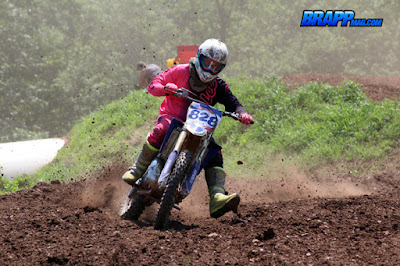 Racers from the Mid Atlantic Motocross Association made their way to the Pagoda Motorcycle Club near Reading, Pa to test their mettle in just such conditions.

Check out our short video race recap below, then scroll down to see complete results and all images from the weekend. 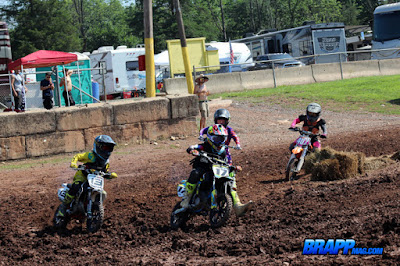 Some of the best battles came in the 50cc divisions with
Ellis and Kraft swapping wins all weekend. 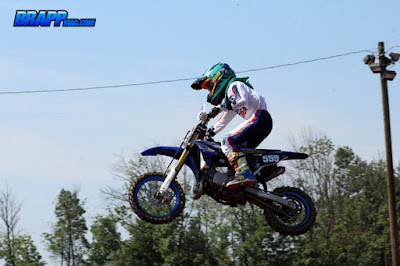 Rees Firestone would like a shot at helping you dial your bike in. 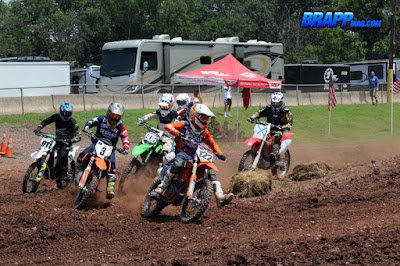 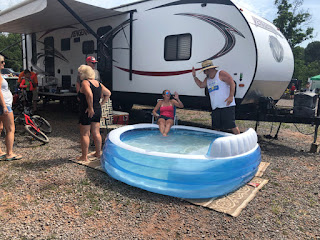 Hot was the word of the day... 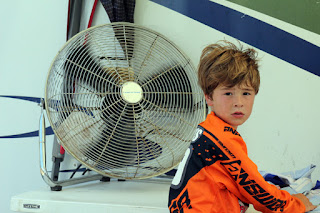 Typical scenes around the pits.

Click Here   to see race results from all classes.

Are you tough enough - 180 riders thought they were as they registered to compete in the 5th Annual Reading Off Road Riders "Tough Like RORR" event this past weekend near Tamaqua, Pa.


The main event saw 60 male riders compete with over 20 not even completing one of the 17 mile laps. Earlier in the day, seven brave women competed in the abbreviated course for the girls and although beaten battered and bruised, they all crossed the finish line with smiles on their faces.

Check out the short video race recap below then scroll down to link to images and results for the weekend.

Click Here  for all your suspension needs. An authorized service center since 1999 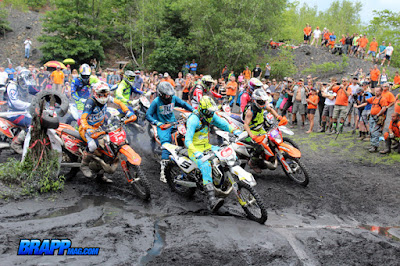 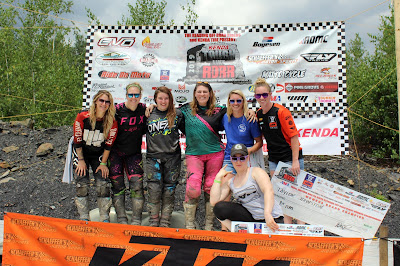 Seven hard core ladies came out and completed the event.

Taylor Johnston would win the overall. 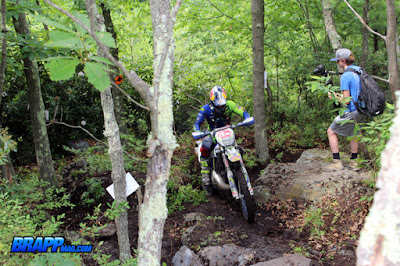 Factory Sherco rider Wade Young would dominate the event grabbing a cool $5K for the win. 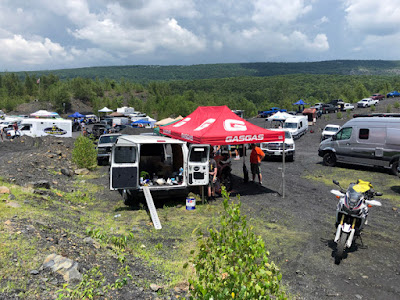 Famous Reading Outdoors was the site for the event.

Round 5 of the SRT-AMA East Hare Scramble Series.

500 Racers came through the gate for round 5 of the SRT-AMA East Hare Scramble Series.  Hosted by Green Marble Enduro Riders (GMER), this was a triple sanctioned event which paid points in ECEA and AMA Dist 6.  These events tend to draw the best racers in the area. 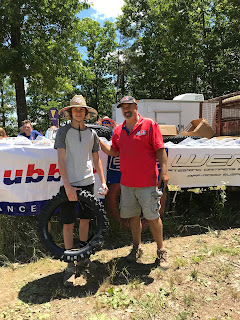 This weekend was no different.  The location: "Rocket Raceway", which is a local favorite for Hare Scramblers.  A mix of MX, Grass Track, Carting Roads and Tight Trails.  Additionally there is no bad seat in the house for spectating.  You can virtually watch 30% of the event from the hillside.  This is a lot for a Hare Scramble.

In the Main Event, 155 Racers including 9 AA's, would line up for perfect race conditions.  Some rain the day before would apply the perfect amount of watering.  Temperatures were sitting in the high 80's.  The uphill start and quickly descending straightaway which would then turn into another uphill.  From there the racers would enter a novice MX track and then head into the 1st woods section to traverse a 7.5 mile course. 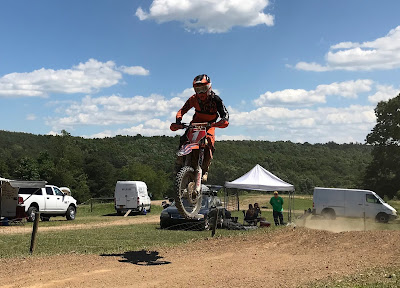 When the flag dropped it was Ryder Lafferty with Mike Beeler Jr in tow.  The 2 would stay in sight of each other for the 1st lap and leave the rest of the AA's behind.  Beeler would make a mistake on the 2nd lap which would allow Lafferty to pull away.  Making a 3rd lap charge was last years #1 plate holder and this years current points leader Kyle McDonal.

McDonal would hold down the fort in 3rd for several laps forcing Beeler to stay on the pipe.  Beeler also just coming back from a collar bone break and changing strokes from a 125 to a 4 banger.  On the white flag lap it was Lafferty with a 2 minute lead over Beeler.  McDonal would then find himself in a battle with local favorite Hunter Bush.  Unfortunately for Bush he would need another lap to make the pass.  Unfortunately none were available.  He finished 4 seconds behind Mcdonal. 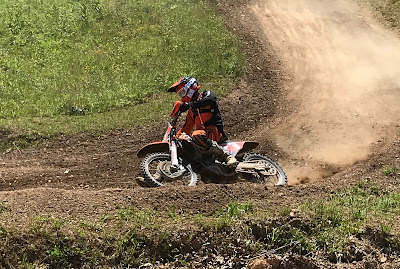 In the Morning C Event, 200 up and coming racers would prepare to hit a 6.5 mile course for 90 minutes.  Even though it was 10:00 AM, it was already at 85 degrees and extremely humid.  Many racers were hydrating on the start line and very few ventured out without a hydration pack.  The early leaders came from the SB 1 and 2 classes.  SB 2 racer, William Holmes would hammer down and establish an early lead.  Not far behind was SB 1 racer Griere Moir. In 3rd position for most of the race was Austin Seth aboard his Mt Holly KTM. 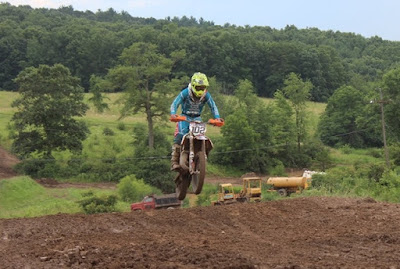 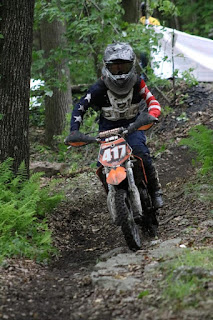 In the Juniors event it was a street brawl between the top 5.  These kids are the real deal.  From when the flag dropped it was Carter Pretzel taking an early lead with Rocco Zaccaria and Hunter Gardner banging bars for 3rd.  These kids raced for 1.5 hours in the worse conditions of the weekend.  Heavy rains actually delayed the start 1/2 hour.  The track was fast and slick.  Many were face planting and low siding in the greasy conditions.  Zaccaria, who was riding strong for the 1st few laps, would fall victim to the humid temps and drop back to 4th.  The surprise of the day was Ryder Sigety who would have a dead last start and carve his way through the pack into 2nd by the 5th lap.  Przemelewski, who thought he had a comfortable lead, would see Sigety in his rear view mirror and had to find his 2nd wind to hold him off.  All the while Gardner would pass Zaccaria going into the white flag lap.  In the end it was Przemelewski, Sigety and Gardner. 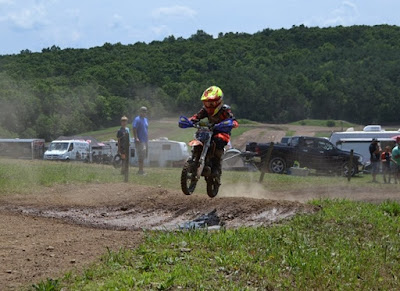 The 50cc Pee Wee had no shortage of action.  New to the class, Tanner Emmons would take his Mt Holly KTM 50 to the top spot.  This was his 1st time on the center podium for the Sr 50's.  Enzo Zaccaria had a the Hole Shot and the early lead but could not hold off Emmons.  Enzo would settle for 2nd.  Camryn Popek was running as high as 2nd but would settle for 3rd in the end.

Click Here  to get all the details on this great series.

659 racers came out to do battle in the extreme heat at Tomahawk MX last weekend for this 4th annual shootout event.  The Tomahawk track was rough and proved the perfect setting for just such an event. Gate drop after gate drop saw racers give their all to gather those precious championship points to determine an overall winner and bragging rights for another year. 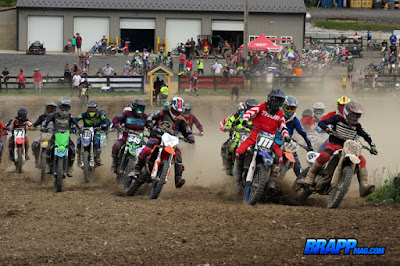 Cooper Gordan (16) would be the man to beat in the novice divisions.

Check out the short video recap below to get more details then scroll down to link to images from all classes and results for the weekend.

Click Here  to get all the details on this must attend event. 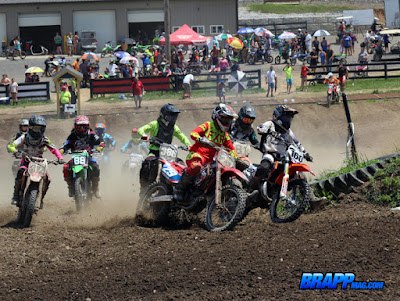 Amanda Brown (29) was in the house to win the Womens division. 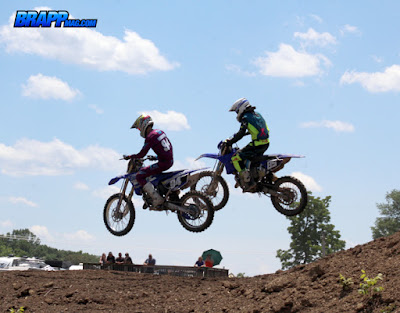 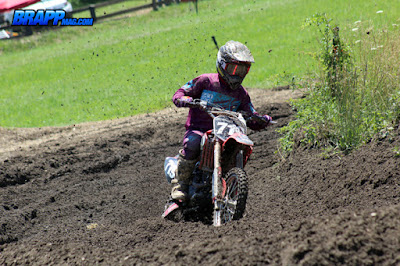 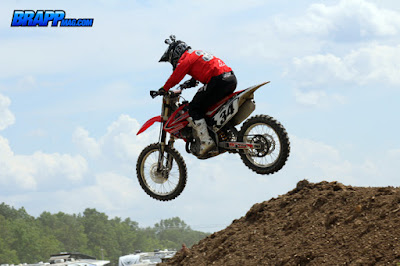 Kenny Blackwell wins 50 plus on Saturday. 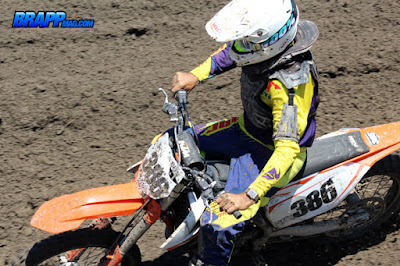 
Click Here  to see complete race results from the weekend.