The final round originally the AMA East Rd 1 which was to be held in NC in February was preempted by an Ice Storm.  Due to several scheduling conflicts, Rd 1 could not be rescheduled until this weekend and at a completely different location. 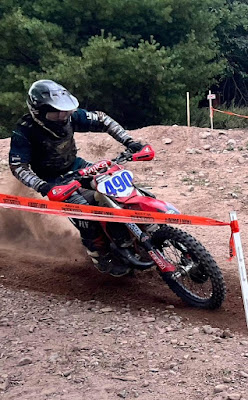 Max Fernandez takes the 2022 Championship
Holiday Mountain MX and Ski Resort was the setting for the final round.  With pending Hurricane Ian heading right for us, the host club, Ridge Riders MC, were preparing for the worst.  Fortunately Ian made a turn and went out to sea about 50 miles south of the event.  Talk about a close call. The venue actually was dry and dusty.  The MX track had to be watered. Unfortunately it did slightly affect attendance as many families feared the track would suffer flooding and treacherous track conditions.  RRMC is part of the ECEA Series and they do have a dedicated following.  Additionally due to its proximity D6, NYOA and AMA East regulars made for some awesome competition.

In the main, 10 of the East Coast top guns would line up for the 7 mile, 2 hour event.  We actually had 3 Lafferty family members on the front row.  Also lined up was last years AMA East #1 plate holder Kyle McDonal - Beta and this years points leader Max Fernandez - Gas Gas.  Additionally there a points battle taking place within ECEA between Justin Lafferty KTM and Kyle McDonal.  Although there are still 2 more ECEA rounds, the points battle is extremely close.

On the 1st lap it was Hunter Bush - Gas Gas with the lead.  Behind him, KTM's Neal Enman, Justin Lafferty, Kyle McDonal and Max Fernandez all separated by less then 30 seconds combined.  In fact after they went through scoring, the top 5 would have a drag race up the ski slope as if it was a re-start.  It was clear that after lap one this was anyone race.  On lap 2, Bush would make a mistake which would cost him 2 positions and allowing McDonal into the lead and Justin Lafferty to 2nd position.  This was short lived however as Bush would stage a comeback and pass them both back on the 3rd lap.  As the top 5 would continue their battle some of the A Open and A 250 racers would begin to break into the top 10.  Dan Clark and Jesse Shellock, both on KTM's would begin to mix it up with the front row.  Kyle Grenewicz - YAM was directly behind them.  On lap 4 Bush would begin to distance himself from the rest and it was cleat had had total control of the mountain.  The battle was not for 2nd place between McDonal and Lafferty.  The 2 would trade positions throughout each lap but it was clear on the white flag lap that McDonal was not giving up 2nd.  Also on the White flag lap, NYOA and AMA East racer Cooper Davis from the B 200 line would break into the top 10.  Wait what??? Yes he did.  Cooper aboard his "dad prepped" KTM 125 would stake his claim along side the big guns. In the end it was Bush with the win and McDonal edging out Lafferty who would take 3rd for the day. 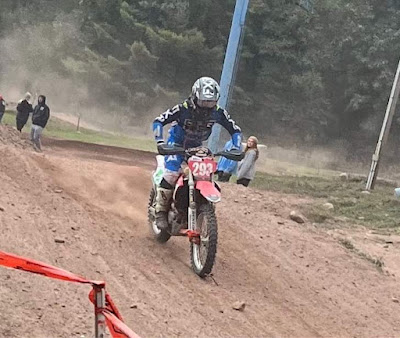 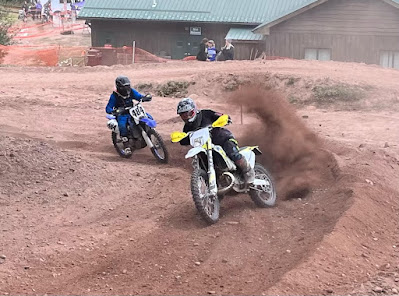 In the morning C Event it was those Schoolboy Kids one again. Most of them raced in the Youth event the day before.  Similar course but with different bikes.   The top 2 racers, Mannix Mathis - HSQ and Zach Garrison - GAS GAS, would come from the Schoolboy 2 line. 3rd place, Carter Przemelewski - YAM, would come from the schoolboy 1 line. 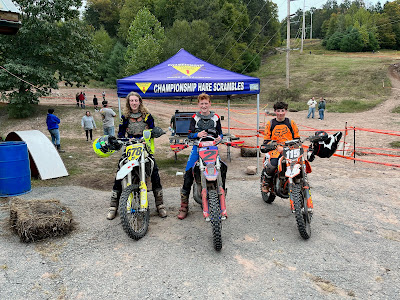 In the Youth event, it was AMA East - NYOA racer Keegan Kneedler - HSQ with the Holeshot and the win.  Kneedler was also there to secure his spot on the top box of the AMA East HS  14-16 Super mini 2022 Championship.  Well done Keegan.  In 2nd position it was ECEA regular and AMA East past champion Rocco Zaccaria also aboard a HSQ.  In 3rd Overall, Landon Wentz - KTM who would secure his AMA East 12-13 Super mini Championship.  Well done boys! 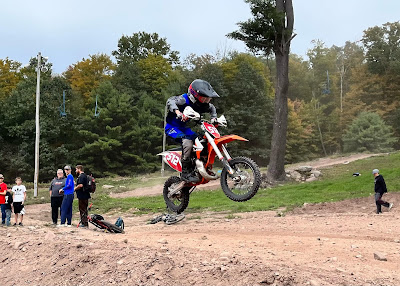 In the Pee Wees, it was Parker Wynegar aboard his HSQ 50 and also the only Pee Wee racer to complete 12 laps. 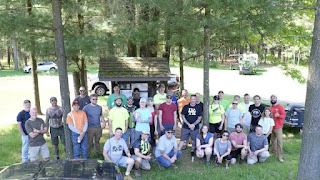