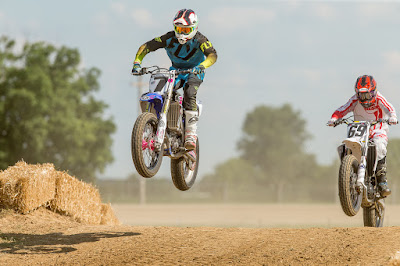 This year's event features TT, Short Track and the Half Mile, with one of those to be repeated on Day Four. The full racing schedule and class structure will be finalized and announced soon.

"The AMA Flat Track Grand Championship represents the pinnacle of amateur competition in arguably the world's most historic two-wheeled motorsport," said AMA Track Racing Manager Ken Saillant. "This is where families from around the country -- and around the world -- come to face the toughest competition at this level. This event has helped shape the early careers of future AMA Grand National Champions, AMA Superbike Championship contenders, World Superbike racers and even a MotoGP champion. All young racers with an eye on a professional future in motorcycle track racing should attend the AMA Flat Track Grand Championship to see if they have what it takes to excel."

"We are pleased to be the promoter for the 2018 AMA Flat Track Grand Championship," Nace said. "We are looking forward to four days of intense competition."

AMA National No. 1 plates are awarded to the racers in each class who have the highest point totals across all three disciplines of flat track racing.

The AMA Fast Brain Award is bestowed upon a racer based upon his or her performance at the event, as well as official school transcripts supplied at the time of application. Applications are available at
http://www.americanmotorcyclist.com/

Competitors at the AMA Flat Track Grand Championship ride traditional flat track motorcycles as well as DTX motorcycles, the latter beginning as stock motocross bikes that are then fitted with flat track tires, suspension and undergo other modifications.

For more information about the event, visit www.americanmotorcyclist.com/Racing/Story/ama-flat-track-grand-championship or www.stevenaceracing.com.

About the American Motorcyclist Association
Founded in 1924, the AMA is a not-for-profit member-based association whose mission is to promote the motorcycle lifestyle and protect the future of motorcycling. As the world's largest motorcycling rights and event sanctioning organization, the AMA advocates for riders' interests at all levels of government and sanctions thousands of competition and recreational events every year. The AMA also provides money-saving discounts on products and services for its members. Through the AMA Motorcycle Hall of Fame in Pickerington, Ohio, the AMA honors the heroes and heritage of motorcycling. For more information, visit www.americanmotorcyclist.com.

Not a member? Join the AMA today: www.americanmotorcyclist.com/mobile-join