Last Saturday dreams came true for a group of up and coming Suzuki ‘RM Army’ off-road riders thanks to the JGR Suzuki race team! 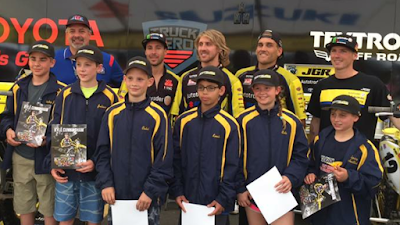 Young racers of the newly created Bromley’s Suzuki Off-Road Race Team- Team Perfect Storm (TPS) were invited to the JGR Racing Suzuki pits for a "Meet and Greet" with the JGR Team riders.  "TPS" was in attendance at Round 16 of the AMA Monster Energy SX and were thrilled to attend a ‘Full-Factory Rig’ tour that included speaking with JGR Team Members: Justin "Bam Bam" Barcia, Kyle Cunningham, Weston Pieck and Jake Weimer about racing technique and bike set-up.

The JGR Team riders were surprised to hear that five members of the team raced a Hare Scramble THAT morning.  One JGR Suzuki team rider was overheard saying: “These kids are the real deal!” 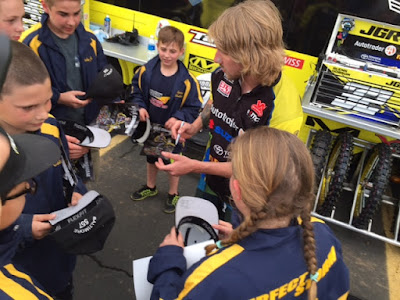 According to TPS Team Manager, Kenny Held: “This was such a thrill for these up and coming racers as they were treated to something that one can only dream about”. Upon arrival they were met by Team Manager Jeremy Albrecht and were given red carpet treatment. The young guys and gals were in awe of Jeremy’s ability to relate and gave him 100% of their attention. They hung on his every word, and followed him like the ‘Pied Piper’ of SX. After the JGR Factory Rig tour, 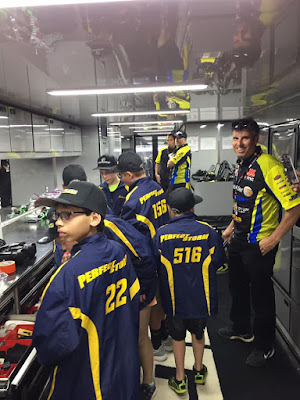 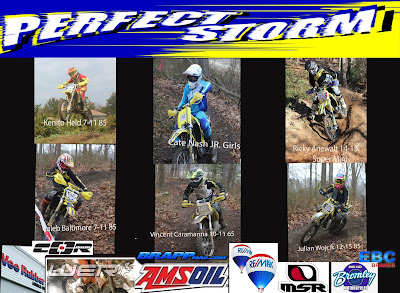