Round 2 of the SRT - AMA East Hare Scrambles Championship Series

Round 2 of the SRT - AMA East Hare Scrambles Championship Series was hosted by VXCS.  Its getting to the point where I don't know how to start a race report without using the term "Rain Soaked Track". 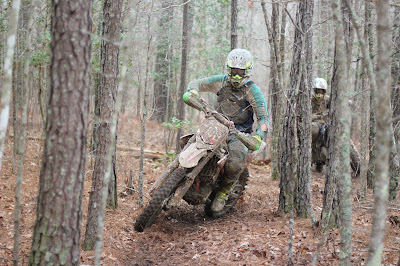 Kyle McDonal takes the win and the Series points lead.

I almost want to take the year off but I (we) continue to show up at these events and race.  Recent cancellations at nearby series the week prior and throughout the area have many scratching their heads "When is this rain going to stop?"

2018 was probably one of the muddiest seasons I have ever participated in and all indication thus far appear to demonstrate same.  VXCS and a small group of visiting volunteers did their best to re-route many of the affected areas as Friday night delivered another 1" of rain.  All 3 of the heats ran an abbreviated course as did the quads on Saturday.

The main event was a combination of the A, B and C riders.  There was no shortage of both visiting and local AA talent.  The event started slightly behind schedule and after the 1st lap it was Kyle McDonal with the lead.  Hole Shotter Hunter Bush would get stuck in a mud hole on 1st lap and would give up the lead.  Fortunately for Kyle and Beta, the two would find the perfect combination of lines and he delivered one of the best rides that we have seen to date.

Close behind Kyle was Gary Enman on his Yamaha doing his best to keep McDonal in his sights.  Behind Enman was KTM's Justin Lafferty and Yamaha mounted Matthew Davis.  This would continue for several laps until Justin would have a mechanical issue and drop him back a few positions.  Fellow AA's Hunter Bush and Tanner Way fell victim to poor line selection and the "NC CAR Quick Sand" that was spread out along the track.  At the mid way point Bush would start to make a comeback charge for the A top 3 and it was paying off.  On the White Flag lap he would surface in 2nd place with Matthew Davis taking the consistency award in 3rd.  After the two hour mark this is how they would finish.  Kyle now takes an early lead in the AMA East points standings. 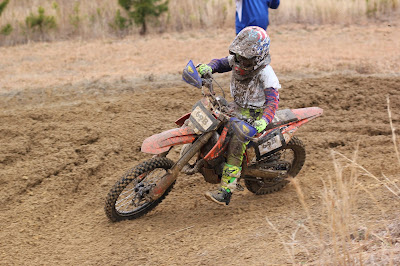 Earlier in the day the Youth event would showcase 40 brave kids who would do there best to adapt to what was coming their way.  All efforts for re-routing would not alleviate all the mud holes and slippery bridge crossings.  After the 1st lap it was quite apparent that the Overall was not coming from the front 14-16 Super mini line but from the 12-13 Super Mini line.

KTM racer Griere Moir and Team Perfect Storm's Suzuki Kenito Held would battle from flag to flag with 10 second faster lap times then the rest of the field.  They would exchange the 12-13 SM lead several times and eventually make their way through the front line.

Trying to hold them off was Kawasaki mounted Zach Stoe.  Zach did his best to hold them off but politely let them by.  Zach then tucked in behind them and enjoyed the show.  In the end it was Moir, Held and Stoe.  Many kudos to the parents who spread out along the track to assist these kids through the troubled spots.

In the morning the 50cc would run for 45 minutes in a similar course as the Youth and they did so extremely respectable.  The top dog on this day is MX racer turned Off Road Camryn Popek aboard his Fun Factory Racing Cobra.  Behind him was local racer Carson Shelton aboard his dad prepped KTM.  Fellow FFR Cobra Gabe Molinari did his best to keep pace with his team mate Popek but would have to settle for 3rd.  Great job by all the racers and the racing community for coming together under such adverse conditions. 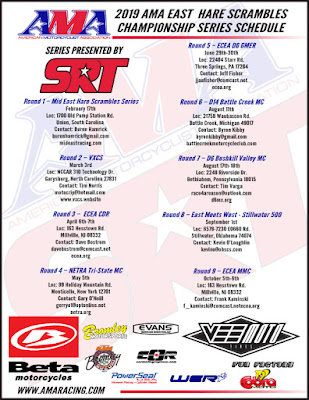