08/01/21 Millville, NJ, Round 5 of the AMA East HS Series was hosted by District 2's NJ Field of Dreams.  If you've never been there and you are from the Tri-State area, I would highly recommend a visit sooner then later as the trails from this past weekend are still freshly engraved into the landscape. 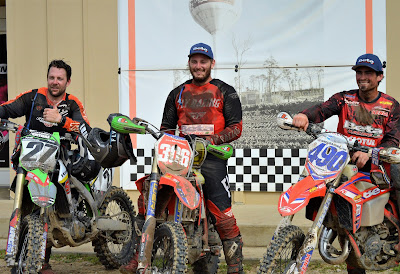 The 3 top dogs in this race were all locals and have been racing many of the same races since they were on 65's.  New to the front row however was Beta's Max Fernandez.  The track was 50% old school mx combined with 50% tight trails and slightly wider connector sections.  Reports of thunderstorms kept many away.  In the past if it rains at this location it is known for destroying motors and an abundance of DNF's.  Fortunately this was not the case.  In fact the promoter was forced to water the tracks and pit areas several times throughout the day.

In the main event, Wild Wally Palmer would get the holeshot and early lead.  Back in 2nd position was series 2nd in points Ryan "The Mighty Quinn" aboard his Gas Gas. All AA's got off to a clean start and immediately began to do battle on the MX track.  All but Beta's Kyle McDonal dabble with MX in the off season so the sooner he could get them in the woods the better.  The modified MX track was about 1.4 miles and after they all came around around it was Palmer still in the lead with Quinn and McDonal banging bars for 2nd.  Max Fernandez was trying to play catch up with his 125 small bore, but was no match for the Open 4 strokes. 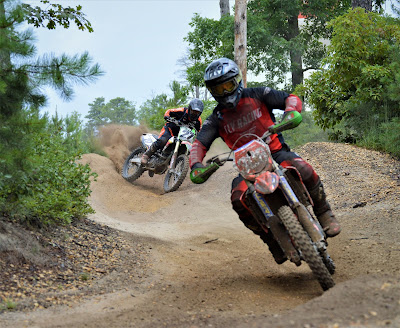 As the front line went into the woods, they could be heard but not seen and there were many switchbacks.  The 2 miles of woods and modified Quad Track would keep Palmer in the lead with McDonal just a few seconds back.  Quinn and Fernandez were now battling for 3rd.  Although this was only a 5 mile track, the speeds were quite high and frequent pit stops were a must for most of the racers.  At the midway point McDonal would take the lead over Palmer, however Palmer was not ready to give up.  This was his 1st race after some injuries so he was suppose to take it easy......nope, not in his data base. 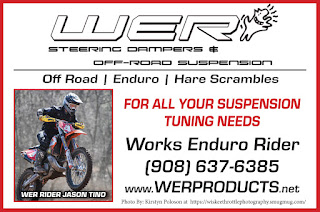 In the mean time, Fernandez would pull ahead of Quinn as these 2 are currently battling for year end points as well.  The small bore allowed Fernandez to conserve some energy and was scarcely affected by the blistering the track was causing under the gloves.  On the White Flag lap McDonal put the hammer down and began to distance himself from the rest.  Palmer had a few get offs which allowed Fernandez to tighten the gap.  He was within seconds of Palmer and the 2 would engage in a final MX track battle that surprised even Max's dad.  Max gave his all but needed one more lap if he wanted to make the pass but the clock ran out.  In the end it was McDonal, Palmer and Fernandez. 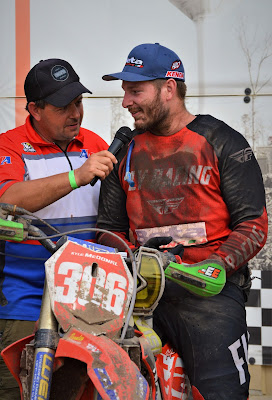 Kyle McDonal would race to the overall win at Round 5. 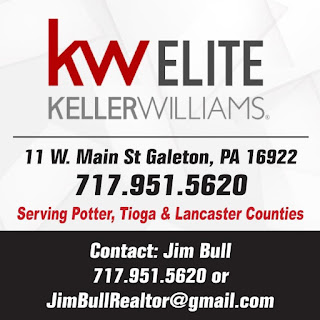 In the morning C event the Schoolboy 1 and 2 kids on 125-250's just disappeared from the rest of the field.  By the 2nd lap they managed to lap all but a few.  Imagine they used to put these kids towards the back rows.  The positions were pretty much set after the 1st lap with the exception of 3rd position.  Caramanna would lose his rear brakes and would have to pit and douse them with water every lap.  He and Justin Penrose KTM, would race to the final straightaway with Caramanna edging him out by just a few feet.  After 1.5 hours it was Lucas Seelman KTM, Dalton Hook YAM and Vince Caramanna YAM all from the Schoolboy Classes.

Top Female was Mikayla Nye - YAM for the C Women's 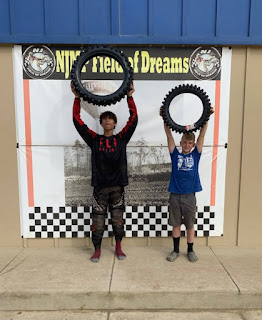 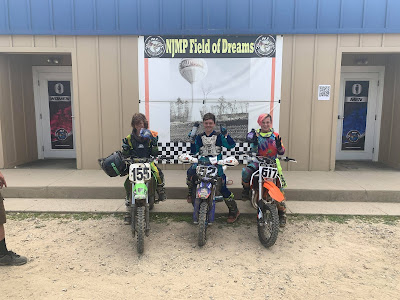 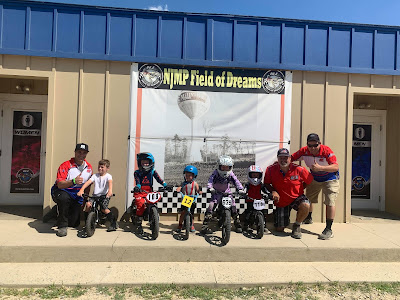 For full results go to: http://www.moto-tally.com/EHS/Results.aspx 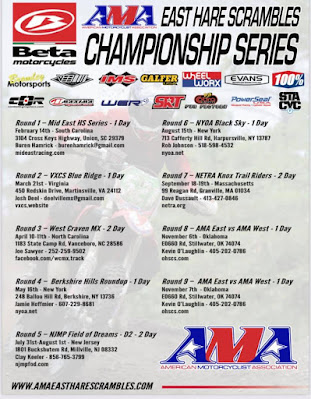