In early December we attended the 27th Annual East Coast Nationals at the Cow Palace in Timonium, Md. For me it was a flash back to my teenage years and all of the hot American muscle cars that I grew up ever so fond of. 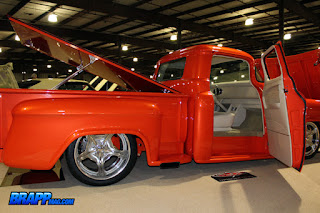 This event is one of the largest on the east coast and it featured cars from the 1920's right up to the present day Chevrolet Corvette Z06 which in many peoples opinion is still the best bang for the buck from any day and age when it comes to value to performance in a sports car. 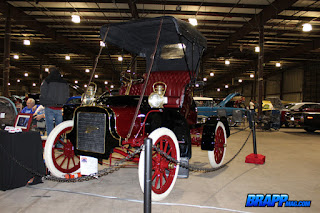 The show also featured vendors from the industry along with hot dog eating contests, a large slot car track, a visit from Santa Claus and was a fundraiser for the MD Toy for Tots. At the end of the day the 50/50 fundraiser winner also donated back to charity the $7000 he could have put in his pocket. 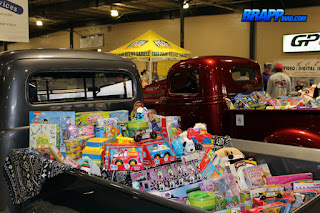 One of our favorites ended up being a 1920 Ford Model T Speedster #5 Race Car that ended up winning the outstanding vehicle and display award. It reminded my son and I of the car from the popular Disney Film - Chitty Chitty Bang Bang. 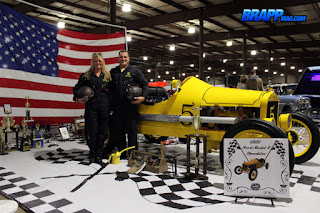 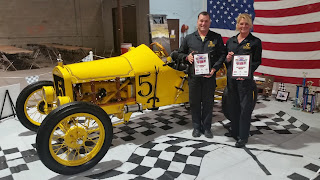 In talking with the owners Karen and Joey we got some background on this car and found it was the same year and model as the car used in the film. The car was originally hand built by George Navaro of Fremont CA over 25 years ago. Starting with a stock 1920 Ford Model T with its original Ford Flat Head 4 cylinder engine Mr. Navaro set out to build one of the finest cars representing the golden age of racing.

With a number of upgrades to make the car ready for racing it was first entered into the 200 mile Santa Clara California Endurance Run having a top speed of over 68 mph. The car was then entered in shows winning numerous awards and ended up changing hands several times and eventually was found in a barn in Virginia in the fall of 2013.

The current owners purchased the car at a Harrisburg Pa auction in 2014 and after a mild eight month restoration began to enter her in car shows both locally and nationally. After winning numerous awards the car won top "Show Class Race Car" in Washington DC at the National Armory this past March and was also selected as 1 of 12 to be displayed at the 2016 Carlisle Ford Nationals out of 5400 applicants. 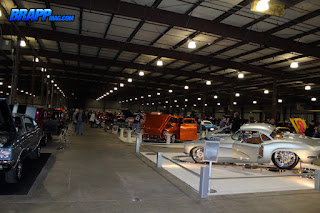 This weekends show featured cars from every era and there was something for everyone to see. Props to the promoters of the show for wanting to keep the dream alive. In its 27th year the show was taken over two years ago by the Trail Way Sport Club, the same folks who also promote the Motorama Show coming up in February in Harrisburg, Pa. Their mission is to keep sharing this great part of our American heritage for years to come. Co promoter Andy Goodman has been around the car show scene globally for 20 years now and he said this show featured the best collection hes maybe ever seen in one place.

Check out a video from the show by: Clicking Here 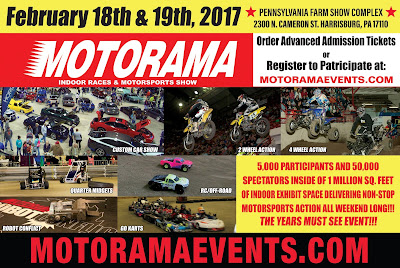