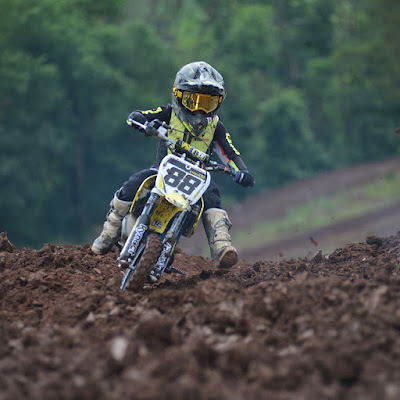 “The Amateur National at Loretta Lynn’s is the best of the best motocrossers in America and around the world,” said Tim Cotter, Director of MX Sports. “Just being here makes you an elite racer and a top athlete. A solid finish at Loretta’s would you give you instant National recognition and a possible professional career.”

Strickler, who attends Fawn Area Elementary in the second grade, has been riding a balance bike since the time he could walk. He received his first dirt bike at the age of 3 and started racing when he turned 4 years old. Strickler looks up to his old brother, Kyle, who also races in motocross. 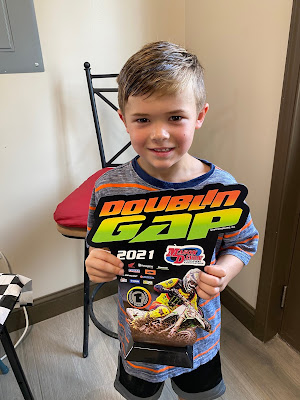 With the help of sponsors such as Central PA Technologies, Motor Technology Inc., Keller Williams Realty, 3 Seventeen Moto, Fred’s Garage, Mane Street Station, FXR, Leatt, ODI, Limited Decal, Egg Man, Wolfe Mottola & Sons Construction, and Kynect who help pay his way to the races, Strickler has had the opportunity to pursue his dreams. He has won 6 races in the last year and competes nearly every weekend with the MDRA and Doublin Gap race series.

Strickler will make the long journey to Hurricane Mills, Tennessee along with his father (Jacob), mother (Jennifer), and older brother (Kyle). The race runs August 2 - 7. Strickler and his family will be camping onsite for the week-long event and will participate in many non-racing evening activities. 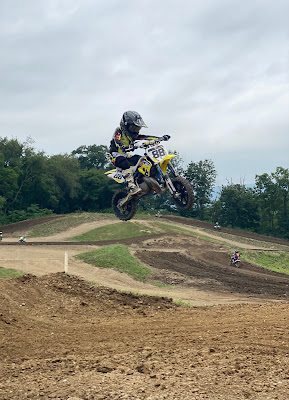 Racers may enter a wide variety of classes, from minicycle classes for children as young as four, all the way up to a senior division for riders over 50. There are also classes for women and classes for both stock and modified machines. In total, there are 36 different classes of competition. Strickler will compete in the highly competitive 51 (4-6) Jr. Limited class.

The race action will be broadcast live daily at www.RacerTV.com, August 2 – August 7, for a total of 40 hours of live coverage. In addition, highlight shows featuring the event will air on MAVTV in the fall.

For more information on the Monster Energy AMA Amateur National, visit the official series website at www.mxsports.com or call (304) 284-0101. Join the conversation on the event’s social media channels, along with receiving the most up-to-date news and exclusive content.

The Monster Energy AMA Amateur National Motocross Championship is the world's largest and most prestigious amateur motocross racing program. The national qualifying program will consist of 51 Area Qualifiers (February through May) and 18 Regional Championships (May through June), hosted at select motocross facilities across the country. The qualifying system culminates in the National Final (first week in August) hosted annually since 1982 at the home of country music star Loretta Lynn in Hurricane Mills, Tenn. Christened "The World's Greatest Motocross Vacation", the National event serves as a launch pad for some of the biggest names in professional motocross and supercross, including Ricky Carmichael, James Stewart, Ryan Villopoto, and Ryan Dungey. The national program is produced by MX Sports, Inc., a West Virginia-based race production company and is sanctioned by the American Motorcyclist Association (AMA). For more information, visit www.mxsports.com.

About the American Motorcyclist Association

Founded in 1924, the AMA is a not-for-profit member-based association whose mission is to promote the motorcycle lifestyle and protect the future of motorcycling. As the world's largest motorcycling rights and event sanctioning organization, the AMA advocates for riders' interests at all levels of government and sanctions thousands of competition and recreational events every year. The AMA also provides money-saving discounts on products and services for its members. Through the AMA Motorcycle Hall of Fame in Pickerington, Ohio, the AMA honors the heroes and heritage of motorcycling. For more information, visit www.americanmotorcyclist.com.

Not a member? Join the AMA today: www.americanmotorcyclist.com/membership/join. 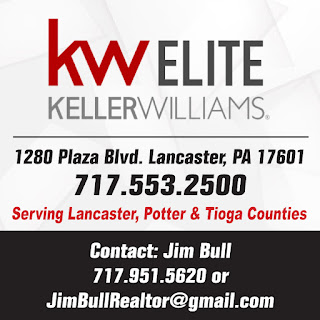 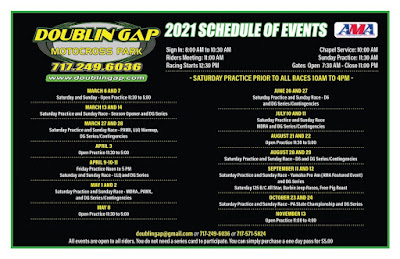