Rain soaked weekends now appear to be the norm for East Coast off road events for 2018. D6, ECEA, Full Gas and the list goes on. Postponements, cancellations and shortened courses are not uncommon. RD 8 of the AMA  East - VXCS was no exception. 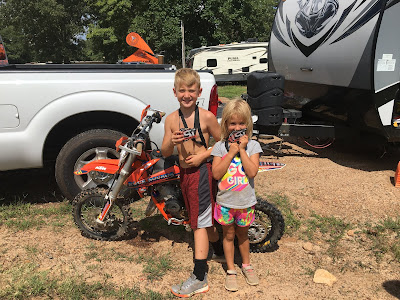 Thankfully some fine tuning of the youth course on Saturday and Main courses on Sunday enabled the events to continue. Thunderstorms on Fri and Sat would dump about 4” of rain each time in Flash Flood format. The Emergency Broadcast Alerts went off no less the 4 times while I was at the Lake Sugar Tree location.

Pee Wee: The 50cc’s were treated to a 2 mile mix of rolling grass track and single track.  The 45 minute race would give the 1st and 2nd to Mason and Aubrey Tsakanikas aboard their Rockhound KTMs and 3rd would go to Bradley Cronenberger out of PA.

Bromley Motorcycles is a proud supporter of AMA off road racing


Jrs: The 65’s would use the same 2 mile track as the 50’s with a couple of added uphill/downhill sections. When the flag dropped, two  immediate battles would emerge. In the 10-11 65, Austin Tsakanikas aboard his KTM would do battle with  Jacob Thomas and in the 7-8 class, Mason Tsakanikas and Rider Sigety who has been tearing it up recently aboard his 2019 YZ65 would go at it. Austin Tsakanikas would take the win with local racer Thomas in 2nd and Sigety close behind in 3rd.

Youth: the Youth were treated to a 5 mile course utilizing the Lake Sugar Tree MX track, Portions of the SX track, tight woods and rolling grass fields.  The track was incredible and all the youth I spoke with after the event loved it.  Some home made bridges were an added feature but proved to be extremely technical for some.  All in all the kids I spoke to were laughing when they couldn't make it up.  Funny thing is that it was the advanced older kids that were falling off.  In the end it was Max Fernandez aboard his Mile Hill Cycle KTM 105 with the class win and O/A.  2nd place would go to Julian Wojcik and 3rd place Josh Klouchek booth from Team Perfect Storm. 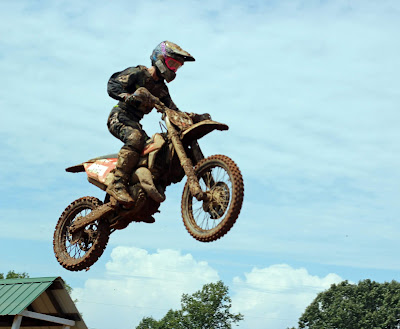 Suzuki mounted Mario Testa, who took a 5th place here in 2017, was here to redeem himself.  When the flag dropped it looked like he was shot out of a canon.  By the time he got into the woods, about the 4th turn, he had a 5 bike lead.  After the 1st lap he was over a minute ahead of 2nd and 3rd.  Testa, a MX'er by trade, was killing it on the MX and SX sections and it appears he has been brushing up on his woods riding.  The only thing that would have prevented him from taking the overall was his stamina and the 2 hour event would test his ability.

On the 4th lap, 2nd place and current AMA East point leader Kyle McDonal would begin to reel Testa in.  By lap 5, McDonal was turning faster lap times then Testa and the real estate in between was diminishing.  On lap 6 there was one final MX section and Testa had just entered it and McDonal was on his tail back about 10 seconds.  Unfortunately for McDonal, this race needed to be about 2 miles longer.  He would have to settle for 2nd place.  Testa was very stoked at pulling it off and yes, he redeemed himself. Great job Mario.  In the A Open class, Bolton Beroth would win his class and 3rd overall.  The B high point racer, Max Fernandez would shock everyone by taking 4th overall from the B 200 line. 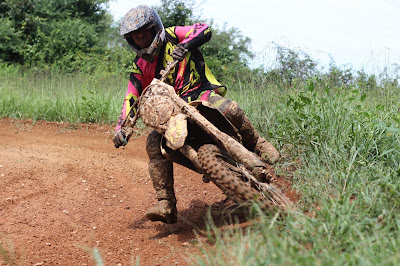 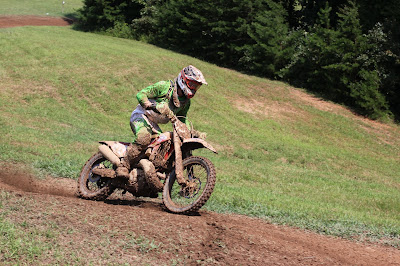