On Saturday January 13th the East Coast Enduro Association crowned their 2017 Enduro and Harescramble champions at the Valley Forge Casino and Resorts in
King of Prussia, Pa.
(scroll to bottom to link to all photos) 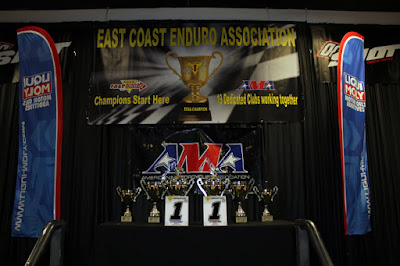 The evening banquet hosted 500 attendees and presented over 350 awards.

The day started with a vendor show at noon for the sponsors of this great series to display their wares. Through out the day champions were crowned for the Jr. Sprint Enduro Series which just completed its second full season followed by the ECEA Fast Kids Harescramble Series champions. 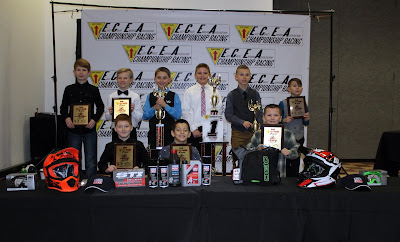 After the youth awards the ECEA Fast Kids were treated to a pizza party and lots
of fun games and activities.

The evening festivities started off with a social and cocktail hour around 6:00 pm followed by a delicious buffet style meal at 7. Then long time ECEA President Jamie Theurkamf kicked off the awards with a few hall of fame presentations, then the Grand Champions were announced followed by the general awards for both the Enduro and Harescramble programs. 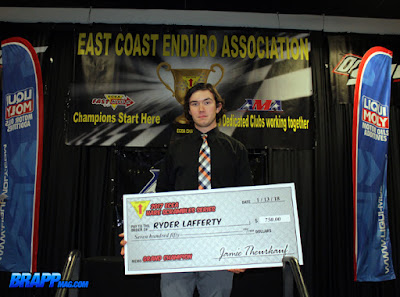 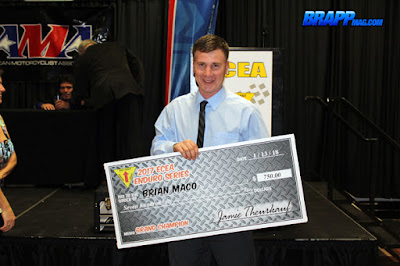 A great time was had by all in attendance. I hit a lot of awards presentations each year and they are all good but I can tell you that this is the largest one I attend each year. Props to the leadership of the ECEA, all the sponsors that help support it but most of all the riders that compete. You are all champions in my book. 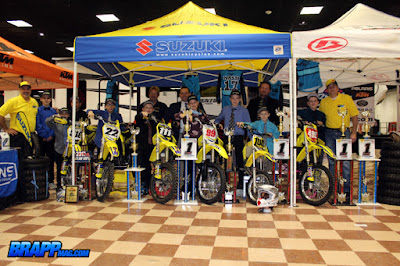 Team Perfect Storm was in the house.