To say this was a season of seasons is an understatement. With thousands of miles traveled, thousands of dollars spent, all of it providing so many memories and stories we will never forget. Team Perfect Storm started its inaugural season way back in January in Sumter, SC and concluded last weekend in Axton, VA in November 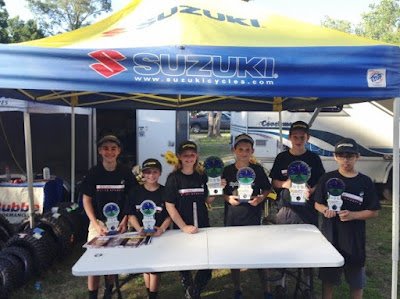 One of the many great days at the track


Along the way the season took us to MI, OH, PA, NJ, NY, NC and WV.  Throughout the season we celebrated Victory as well as defeat.  Thankfully very few of the latter. Together we shared excitement, laughter, tears, and frustration. We learned from all the above.  Most importantly the Team had fun and met many new friends.

Team Perfect Storm was dealt a hard blow when team member Julian Wojcik was badly injured in a crash. Though Julian had a season ending injury, he was there in the pits and on the sidelines supporting his team.  Julian is expected to make a full recovery and will ease back into it slowly for 2018.  His health and full recovery is our top priority. Julian had such a lead prior to the incident that he acquired enough points to secure some very respectable year end standings!

Team Perfect Storm secured four Number 1 plates, six number 2 plates and four number 3 plates. To say we had an awesome inaugural year would be an understatement.  Furthermore the Team was invited to shop openings, autograph sessions, product line announcements and National Super-cross events as VIP's. These young racers had a blast and represented the Suzuki Motorcycle Brand and our sponsors to the best of their abilities. 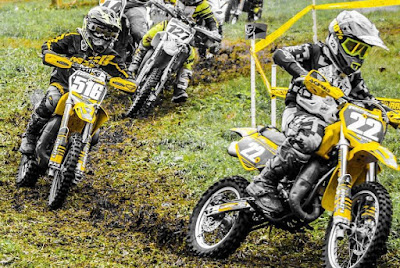 Team Perfect Storm will have some line-up changes for 2018 as Ricky Anewalt Jr. will be securing a move out of the minis and graduating to the big bikes. We are all very sad to see Ricky leave as he has been such an asset to the team but we wish him and the Anewalt Family all the best the 2018 Season. Sadly Caleb Baltimore will not return for 2018, The Baltimore’s are moving in a different direction and they will be missed. Team Perfect Storm has managed to secure three new riders.

I would like to report for the family’s sake that Team Perfect Storm will be taking a well needed break in the off-season However we all know as long as the weather holds out, these kids will be out there prepping and training for 2018.  The victory, smiles, laughter and the ability to endure the harder times could not be done without the unconditional Love and Support of our families.  The machines themselves were able to endure the technical tracks due to our invaluable Sponsors.

Your support is always appreciated and never forgotten. Please stay tuned as the 2018 season unfolds. We look forward to seeing you at the several upcoming awards banquets.  Have a wonderful holiday and Happy New Year!